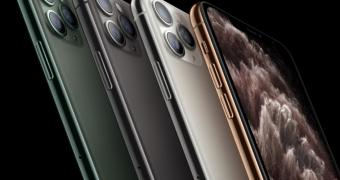 A bug in iOS 12 and newer updates (iOS 13 included) seems to be creating a ghost keyboard on iPhones just after a Face ID unlock.

While we couldn’t reproduce the issue on several iPhones equipped with the facial recognition system here at Softpedia, several users confirmed in this reddit discussion that similar bugs are hitting their devices as well.

The issue only affects Face ID iPhones with an alphanumerical passcode and typically occurs when the facial recognition system doesn’t instantly detect the registered face. The thread starter says one way to reproduce this is to keep the iPhone out of view before unlocking it.

Once Face ID is triggered and the iPhone unlocks, tapping the lower part of the iPhone generates the typical visual input for typing, which appears to suggest the keyboard is running in… (read more)