Hello everyone, you can now download Mafia 3 for Mac, a game released almost 2 years ago and still widely downloaded whether legally or illegally on all consoles. I was just playing this game last week and remembered that we didn’t post anything about it on our web site and the game deserves some of your attention, it is quite a fun game.

Today we will highlight Mafia 3, a game from the popular Mafia series franchise by 2K games. The game is an action-adventure based in the late 60’s with amazing graphics and unique gameplay that set it apart from the likes of GTA and other open world games. It is based in New Orleans so you really get to experience that culture vide as you get deeper in the game with great voice acting as well and a story line that keeps you interested most of the time. I have been playing this game for the past few months and it still fun to this day so I recommend you give it a shot if you haven’t tried it yet.

What Is Mafia 3 About?

Mafia 3 is based in 1968 and after years of combat in Vietnam, Lincoln Clay knows this truth: family isn’t who you’re born with, it’s who you die for. Now back home in New Bordeaux, Lincoln is set on escaping a criminal past. But when his surrogate family, the black mob, is betrayed and wiped out by the Italian Mafia, Lincoln builds a new family on the ashes of the old and blazes a path of military-grade revenge through those responsible. Intense gun fights, visceral hand-to-hand combat, white knuckle driving and street smarts will all be needed. But with the right crew, tough decisions and some dirty hands, it’s possible to make it to the top of the city’s underworld.

A vast open world ruled by the mob and detailed with the sights and sounds of the era.

Be Lincoln Clay, orphan and Vietnam veteran hell bent on revenge for the deaths of his surrogate family.

Choose your own play-style; brute force, blazing guns or stalk-and-kill tactics, to tear down the Italian Mafia.

A NEW FAMILY ON THE ASHES OF THE OLD:

Build a new criminal empire your way by deciding which lieutenants you reward, and which you betray. 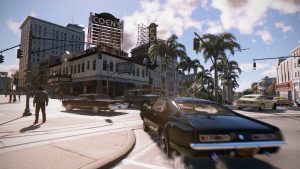 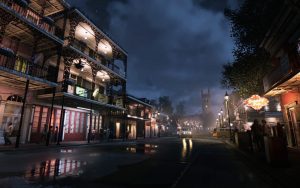 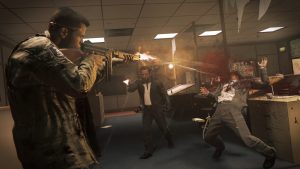 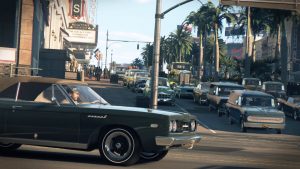