Hello everyone, you can now download Gun Godz for Mac and play a certainly fun, unique and action packed game that might not draw you in when you first load it up, but give it a couple of minutes of gameplay and you will be hooked.

Today we will highlight some reasons why we think you should give this game a try despite it’s weird looking graphics that make it look like it was made in the early 90s. As you can see from the screenshots we added for you below, this game’s appeal is not the graphics, well unless you like pixelated graphics, the appeal is from the fun gameplay and the recent reviews from Steam’s official page prove it. This game is fun and it is worth your time if you don’t have much else to do and are looking for something to keep you busy. The premise of the game is weird to say the least. You basically play in a first person shooter where the goal is to escape a jail that is owned by some evil record-label owner who happens to be the God of Guns. Lol, seriously. Anyway, let me know what you think about the game in the comments once you decide to try it.

What is Gun Godz Game About?

GUN GODZ is a first person shooter about gun, gangster rap and the rich culture of Venus. Players try to escape the jail of a hotel, which is the only building on Venus and is owned by a record-label owner who happens to be the God of Guns. Featuring a fully Venusian soundtrack by Jukio ‘KOZILEK’ Kallio and a single English track with rap lyrics by Adam ‘Doseone’ Kidd.

GUN GODZ was created for the Venus Patrol Kickstarter and was only released as part of a bundle of games including a new Superbrothers game and Adam Atomic’s CAPSULE. 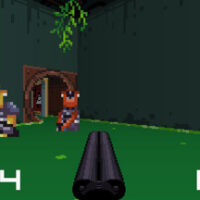 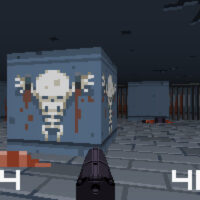 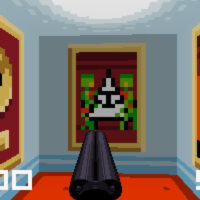