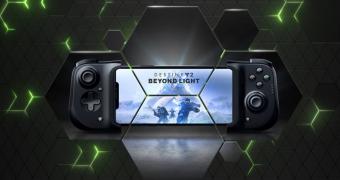 While Apple’s walled garden makes it really difficult for companies to bring cloud gaming to iPhones and iPads, alternative solutions keep being discovered, and NVIDIA just came up with a very simple approach.

GeForce NOW, the cloud-powered gaming service that wouldn’t otherwise be allowed in the App Store, is now available on iPhone and iPad thanks to the miracle called web streaming, so users can now play games through Safari.

So instead of having to download the app from the App Store, which as we told you isn’t possible because of Apple’s restrictions, users would just have to run GeForce NOW in the browser and thus play games in Safari.

The service is currently available as a beta for iOS users, and NVIDIA is offering a free tier for testing purposes, while Founders memberships are available for $4.99 per month or as part of a six-month promo for $24.95.

“Once logged in, you’re only a couple clicks away from streaming a massive catalog of the latest and most… (read more)