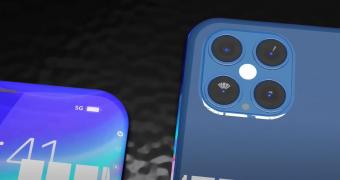 Now that the iPhone 12 is already here, everybody can start thinking about the next-generation model, and this includes not only Apple, but users out there too.

The skilled designers over at ConceptsiPhone are trying to envision the new iPhone 13 in a concept video, using all the available rumors, as well as their imagination, to provide us with an early look at how the device could end up looking like.

The imagined iPhone 13 comes with all kinds of upgrades, including a new screen, new colors, a quad camera, and obviously iOS 15, the next version of the mobile operating system that Apple would certainly pre-load on the device.

While it’s obviously way too early to discuss the improvements coming to the market with the iPhone 13, people familiar with the matter say the next lineup will feature rather subtle upgrades, as the focus would be on refining the experience with the current models.

In other words, the… (read more)