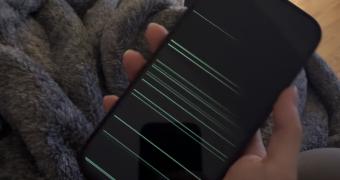 Not a long time ago, it was discovered that Apple’s latest and greatest iPhones are suffering from a problem that many believed was a hardware defect that would require their smartphones to be replaced completely.

Mysterious horizontal lines were showing up on the screen totally out of nowhere, most often when powering on or unlocking the iPhones.

Oddly enough, this was only happening on the Pro models in the iPhone 14 series, with the yellow horizontal lines sometimes flashing, just like in the case of a defective screen.

With some owners claiming they’ve got their iPhones replaced at the Apple Store, many were concerning that Apple would have to do a broad recall that would essentially pull all broken devices from the market.

Software update on the way

And given the company has until now remained completely tight-lipped, it’s not hard to figure out why all the unofficial information that reached the web through all kinds of channels created ev… (read more)