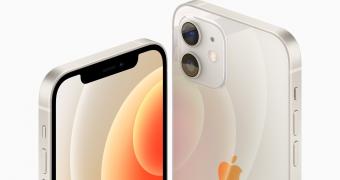 Let’s be honest about it, the iPhone 12 event brought little to no surprises at all, especially because everything that Apple announced during the digital conference was already revealed in previous leaks.

One of the biggest changes in the iPhone lineup this year is the addition of a 5.4-inch model called iPhone 12 mini and which many think it’s rather a redundant device. And it’s all because it sits right in the middle of the iPhone lineup, right between the 4.7-inch iPhone SE and the 5.8-inch iPhone 11 Pro.

Apple, however, has implemented a series of upgrades this year, so the iPhone 12 Pro no longer comes with a 5.8-inch display but with a 6.1 inches. So the all-new iPhone 12 mini is now substantially smaller than the next model in the lineup.

And yet, this still isn’t reason enough for some people to believe the iPhone 12 mini makes any sense.

But in the short term, the iPhone 12 mini plays two very important roles for Apple

One of them is borrowed from the … (read more)