Home » News » New Text Bomb Crashes Every iPhone Out There

New Text Bomb Crashes Every iPhone Out There 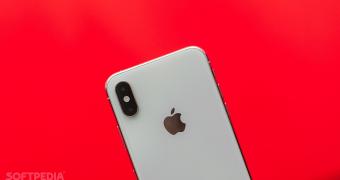 It’s happening again, and honestly, it’s becoming a little frustrating. A new text bomb bug has been discovered in iOS, causing any iPhone and iPad to crash with just a message that includes a specific set of characters.

Text bombs are nothing new for the iOS ecosystem, as such bugs are discovered every once in a while, technically causing devices to stop responding, freeze, or crash completely up to a point where only a forced restart restors it. And of course, once these devices are back to iOS, receiving the same messages could crash them again, essentially pushing them into an infinite reboot loop that can’t be stopped without a full fix or quick workarounds.

In this case, the text bomb comes down to a combination of the Italian flag emoji and a Sindhi language character, and the bug seems to affect all iOS and iPadOS 13 devices.