Home » News » iPhone SE 3 Could Launch in March or April

iPhone SE 3 Could Launch in March or April 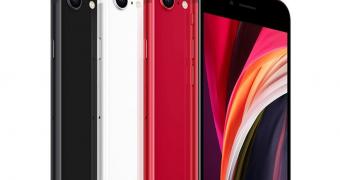 Apple is already preparing for its very first event of 2022, which according to Bloomberg’s Mark Gurman could take place in March or April.

As you could easily guess if you’re up-to-date with the new devices Apple has been working on lately, the company will take the wraps off the new iPhone SE 3 in the spring, and it’s believed this March or April event could witness its unveiling.

What to expect on the iPhone SE 3

Needless to say, the new iPhone SE 3 will be an upgrade over the current model, but surprisingly, the Cupertino-based tech giant isn’t also interested in a visual makeover of the device.

This means the upgrades will only take place under the hood, as the iPhone SE 3 will continue to boast the design of the current model. iPhone SE 3 will therefore look like an iPhone 8 and still feature a h… (read more)