Home » News » Former Apple Engineer on Copy/Paste on the Original iPhone: No Time For This

Former Apple Engineer on Copy/Paste on the Original iPhone: No Time For This 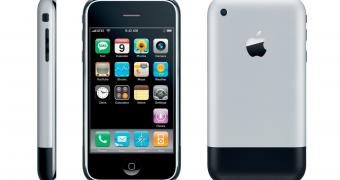 The introduction of the iPhone completely changed the mobile world, and in many ways, it was a turning point for the entire industry.

But this doesn’t necessarily mean the first iPhone was a perfect-10 device on all fronts. It wasn’t, and in fact, it actually lacked several essential features.

For example, the original iPhone didn’t have copy/paste, and according to former Apple engineer Ken Kocienda, there’s a good reason why this happened.

Kocienda explained on Twitter that the iPhone launched without copy/paste because there was no time to develop this feature, pretty much because Apple wanted the device on the market as fast as possible. So not even the design team had enough time to start working on copy/paste, with the parent company eventually deciding to release it at a later time.

“The original iPhone didn’t have cut/copy/paste. Infamous! The quickest explanation is that I didn’t have time to… (read more)