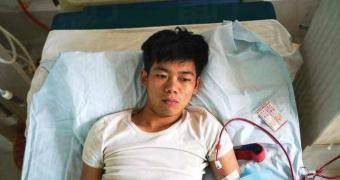 Many people joke that selling kidneys is the only way they could afford to buy an iPhone given how expensive Apple’s devices are getting these days, but a 17-year-old Chinese boy took the whole thing literally and did just that.

No less than seven years ago, Xiao Wang, 17 at that time, decided to sell one of his kidneys to buy an iPhone 4, as this was pretty much the only way he could have afforded the device.

The iPhone was so popular in his school that Wang just wanted to have one, so as he was ready to give up on one of his kidneys he paid a visit to an underground hospital in his country.

The kidney extraction surgery brought him around $3,200, according to reports, enough to purchase the iPhone 4 he always wanted.

Unfortunately, however, despite the hospital assuring him that everything would go perfec… (read more)