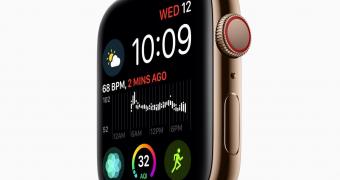 The Apple Watch Series 4 was one of the biggest stars of Apple’s September 12 event when the company also introduced the new iPhones, mostly because of the ECG tech that comes built-in.

With the electrocardiogram feature, Apple Watch can theoretically help detect arrhythmias, so the device required clearance from the Food and Drug Administration.

And while Apple did receive the go-ahead for the ECG system on the Apple Watch, it looks like the FDA approval was offered only a few hours before the launch event.

A report from Fast Company reveals that FDA’s documents sent to Apple for ECG clearance were dated September 11, whereas the official launch took place on September 12 early in the morning.

Executives at the Cupertino-based company bragged about the FDA approval during the conference, but the cited source emphasizes that none of these would have b… (read more)