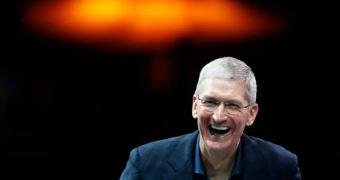 Apple’s next big release is the iPhone 9, which was originally projected to launch in March and is now expected to debut this month, but it looks like that not even the Cupertino-based tech giant can pick a date for the unveiling.

According to information that first emerged earlier this week, Apple is considering April 15 as the potential day when the iPhone 9 could be announced officially, obviously via a press release on its website given the current pandemic.

April 15 is a Wednesday, and although this doesn’t make sense at first glance given Apple typically launches new products on Tuesdays, the company has recently introduced the new iPads on a Wednesday as well, so this date could be accurate.

But on the other hand, YouTuber Jon Prosser, who also revealed the April 15 date, says Apple is currently considering launching the iPhone 9 a day earlier for a reason that’s as funny as it is sad.

OnePlus plan to launch the OnePlus 8 on April 14 with an online event, … (read more)