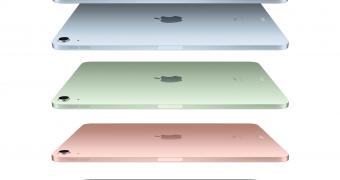 According to Santa Clara authorities, the whole scheme included two police officers, namely Undersheriff Rick Sung, 48, and Captain James Jensen, 43, who themselves asked for bribes in exchange for gun permits.

insurance broker Harpreet Chadha, 49, and Apple’s Chief Security Officer Thomas Moyer, 50, are both involved, as they took part in the scheme and offered bribes to the two officers.

The Apple Security Chief could end up in jail

The investigators claim the Apple executives agreed to “donate” no less than 200 iPads with an estimated value of nearly $70,000, while the insurance broker promised $6,000 worth of luxury box seat tickets to a San Jose Sharks hockey game at the SAP Center on Valentine’s Day 2019.