Hackers Claim They Can Already Jailbreak Any iPhone Running iOS 13.5 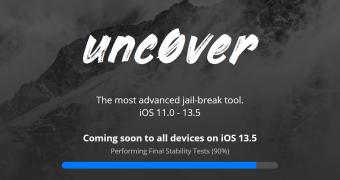 Apple released iOS 13.5 only a few hours ago, but the team working on the unc0ver jailbreak tool claim they can already unlock this OS version regardless of the device running it.

In other words, using their software, you should be able to jailbreak pretty much any device, including all iPhone models, running even the just-launched iOS 13.5.

The unc0ver Team announced in a tweet today that unc0ver 5.0 will be the one that will include support for iOS 13.5, and this one is going to be released soon.

“We are going to release #unc0ver 5.0.0 with support for every signed iOS version on every device using a 0day kernel vulnerability from @Pwn20wnd,” they said on Twitter.

No other specifics were provided, but the “very soon” reference is a clear sign we’re very close to getting our hands… (read more)