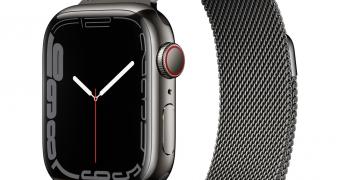 Apple is expected to release a new-generation Apple Watch in the fall of the year, and in many ways, this is one of the most anticipated upgrades in a very long time.

First of all, people familiar with the matter seem to believe that Apple would finally give up on the rounded edges and introduce the straight design borrowed from the latest iPhones. This design change was originally planned to go live on the Apple Watch Series 7, but it’s believed Apple ended up struggling with quality issues, so it pushed the debut back for one year.

Then, the other notable change is the debut of a Pro-branded Apple Watch, which could come with a battery upgrade, possibly a larger screen, and increased durability. The Pro model has never been teased by Apple, but the company seems ready to expand the smartwatch lineup with the introduction of a more premium, and therefore more expensive, device.

But according to well-known Apple watcher <a href="https://link.mail.bloombergbusiness… (read more)