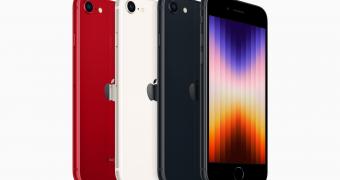 The smallest latest-generation iPhones you can get right now are the new iPhone SE with a 4.7-inch screen and the iPhone 13 mini with a 5.4-inch display.

Both, however, are believed to be selling well below expectations, with the iPhone mini, in particular, expected to be ditched later this year.

Loop Capital analyst John Donovan, says in a note to clients that Apple has finally realized that its smaller iPhones have limited appeal, and this is one of the reasons the company is getting ready to bet bigger on iPhone 13.

In other words, Donovan believes the iPhone SE is unlikely to become the major hit that Apple hoped it would become, especially because the wide availability of the iPhone 13.

“Despite this, clearly this lack of demand is surprising to AAPL and the pivot to more iPhone 13’s is underway,” Donovan noted according to Seeking Alpha…. (read more)