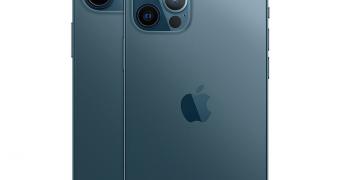 Repairing a broken iPhone is already a huge challenge, not to mention that replacing certain components is quite a nightmare, and Apple is reportedly making the whole thing even harder on the new-generation model.

More specifically, Hugh Jeffreys has discovered that Apple blocks camera replacements on the iPhone 12 for a reason that we’re yet to figure out.

So theoretically, once the camera on your iPhone 12 breaks down, the smartphone is pretty much dead, unless Apple allows for such repairs to be performed exclusively in its stores.

What Jeffreys has discovered is that replacing the camera modules on the iPhone 12 with the same component from another iPhone 12 makes the device ignore the power button, so technically, users would no longer be able to turn on and off their smartphones.

Furthermore, if another camera module is installed, the repaired iPhone would come with a broken camera app crashing all of a sudden, while the zoom, panorama, and portrait modes w… (read more)