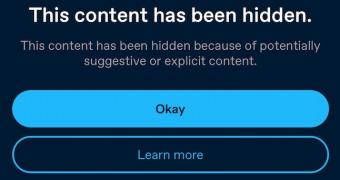 Tumblr has recently announced that it’s blocking several search terms in its iOS app in an attempt to comply with the requirements set by Apple for the Apple Store.

In other words, Tumblr is blocking searches for hundreds of keywords, though some of the restrictions are questionable, to say the least. For example, Tumblr no longer allows users to search for bulimia or depression, which could make it harder for some users to get information on certain health issues.

Tumblr says this is the only option

People running the Tumblr app on iOS will see a message that their searches have been restricted, and in some cases, they may not see any results at all.

“When searching for certain terms or phrases that may fall under the expanded definition of sensitive content, you may experience fewer results from that query than you have in the past. In certain circumstances, a search may not produce any results at all and you will see a message like the one bel… (read more)