Hello everyone, how are you all doing today? I hope you are all having a great week so far, my week has been pretty good, I had a nasty injury on my foot that required stitches which were carefully removed last night at a local clinic. The wound was pretty deep actually, I even had nerve damage near my right pinky toe but at least it’s healing now, a little painful to walk on my foot at times but I will be fine in about 3-4 weeks, anyway, enough about my problems lol, please read on…

Today we will focus on the top 5 Audio editors for Mac OS X. Almost everyone loves music so why not make your own beats and songs if you have the passion to be an artist? Why not? What are you waiting for? Luckily for you, I decided to put together this personal list of the best music editors for everyone to check out, if you think we should remove or add a certain app here, please leave a comment. 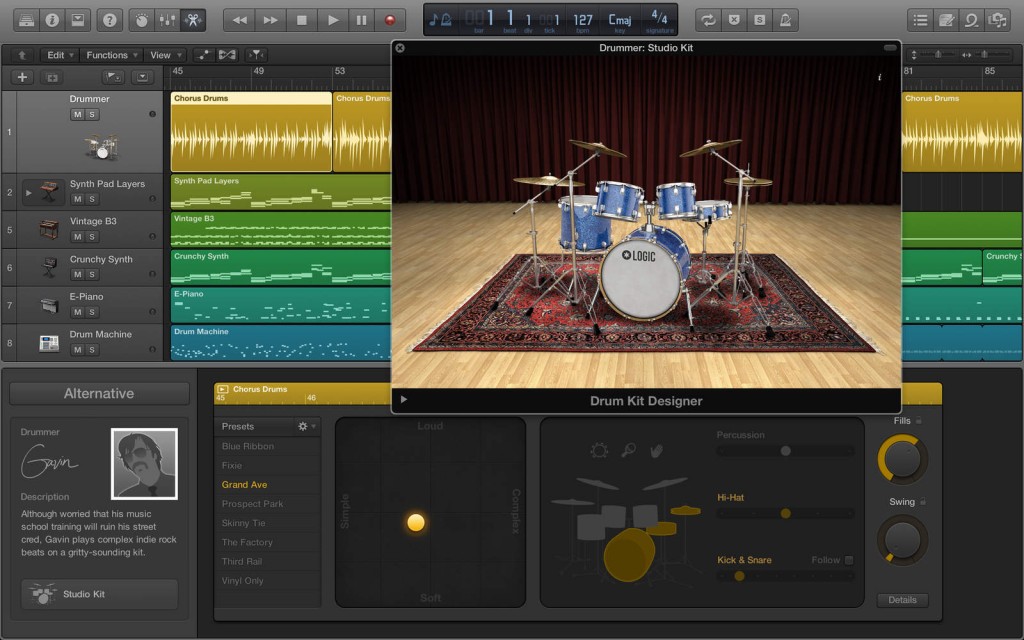 Logic Pro X is the most advanced version of Logic ever. Sophisticated tools for professional songwriting, editing, and mixing are built around a modern interface that’s designed to get creative results quickly and also deliver more power whenever it’s needed. Logic Pro X includes a massive collection of instruments, effects, and loops, providing a complete toolkit to create amazing-sounding music.

Professional Music Production
• Fix out-of-tune vocals and change the melodies of recorded audio with Flex Pitch
• Manipulate the timing and tempo of any recording with ease using Flex Time
• Record and seamlessly punch in and out of one or multiple tracks
• Keep takes organized with take folders and build comps quickly with Quick Swipe Comping
• Automation can be part of a region, not just the track, which makes it easier to use effects creatively
• Create and mix music from anywhere in the room using Logic Remote on iPad
• Produce simple lead sheets or orchestral scores with built-in Score editor
• Create and edit MIDI using a comprehensive set of editors and tools 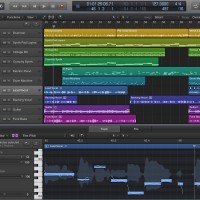 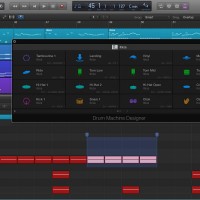 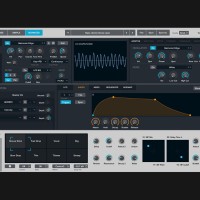 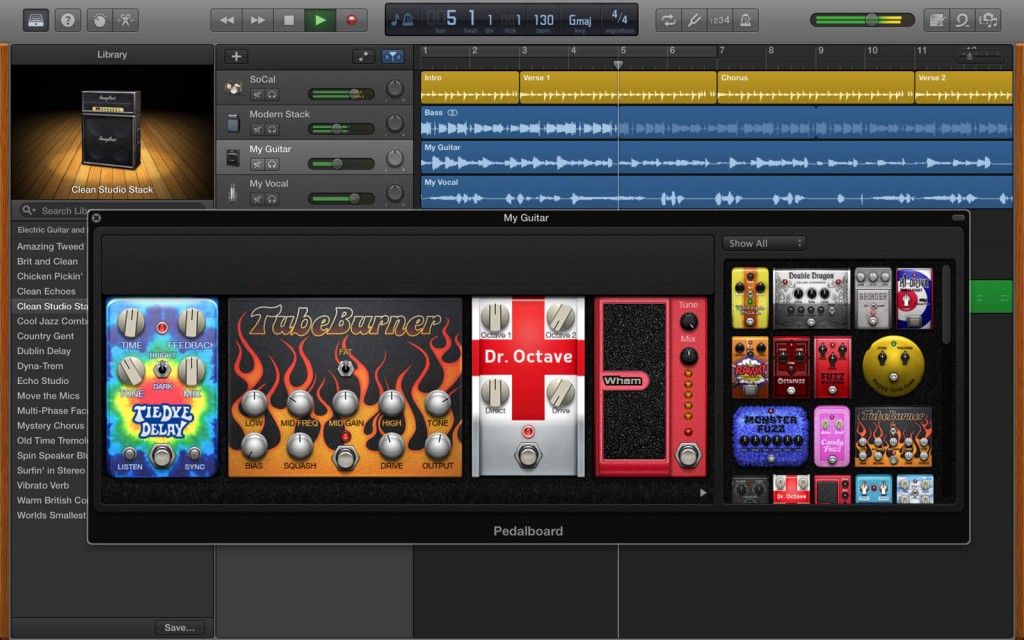 GarageBand is the easiest way to create a great-sounding song on your Mac. Add realistic, impeccably produced and performed drum grooves to your song with Drummer. Easily shape the sound of any instrument in the Sound Library with Smart Controls. Crank up the bottom end with Bass Amp Designer, or mix and match electric guitar amps, cabinets, and pedals with Amp Designer and Pedalboard. Control GarageBand and play any software instrument wirelessly on your iPad using the Logic Remote app. Use iCloud to keep your GarageBand projects updated across multiple Mac computers, or even import GarageBand for iOS songs directly from iCloud.

Redesigned Interface
• A fresh new look, designed for easy music making
• Stay in perfect tune with a larger, more responsive Tuner
• Find the sweet spot in every track with the all-new interactive visual EQ
• Enable Quick Help and get useful hints wherever you hover your cursor

Drummer
• Add a virtual session drummer or beat producer to your song that takes direction and plays realistic beats
• Choose among 28 players from popular genres like EDM, Hip Hop, Rock, and Alternative
• Use a simple set of controls to shape your drummer’s performance
• Each player can perform over a million unique groove and fill combinations

Record. Mix. Master. Share.
• Create a song with up to 255 tracks
• Quickly change the timing of an audio recording using Flex Time
• Use Groove Matching to align the rhythm and timing of all your tracks with a single click
• Choose your best performance with multi-take recording
• Create a ringtone, export to your iTunes library, or share directly to SoundCloud

Learn to Play
• Get started with 40 Basic Lessons for guitar and piano covering classical, blues, rock, and pop
• Artist Lessons show you how to play a hit song taught by the artist who made it famous*
• Play along with any GarageBand Lesson and use How Did I Play to get feedback on how accurately you played 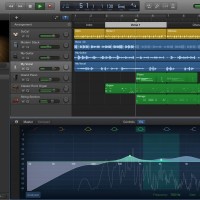 VirtualDJ 8 is the most widely used professional DJ software on the planet.
It has embodied the revolution of digital DJing since 1996, and has helped propel today’s superstar DJs from their very first bedroom mixes to packed stadiums.
With the most comprehensive feature list of all DJ software, VirtualDJ always incorporates the forefront of technology to change and revolutionize the way DJs mix.
Whether you’re an aspiring DJ or a veteran, VirtualDJ is all you need to get the party started. 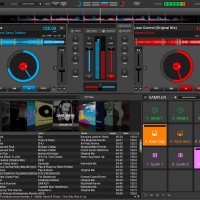 Thanks to its outstanding direct-to-disk abilities and waveform caching, edits on arbitrarily large sounds are performed at lightning speed with this fully featured multi-track editor. The handling of large sounds is furthermore facilitated by the extensive support of markers.

While Amadeus Pro features a number of built-in audio effects (equalizer, speed and pitch change, echo, etc), its abilities can be extended arbitrarily through the support of Audio Units and VST plug-ins.

Besides all the functions you would expect from a professional quality waveform editor, Amadeus Pro also features: 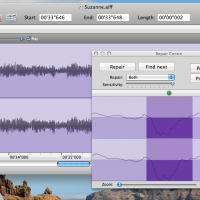 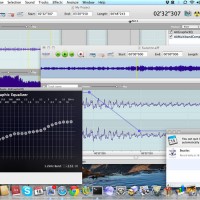 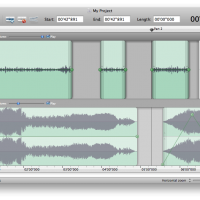 Audacity can record live audio through a microphone or mixer, or digitize recordings from other media. With some sound cards, and on any recent version of Windows, Audacity can also capture streaming audio.

Import sound files, edit them, and combine them with other files or new recordings. Export your recordings in many different file formats, including multiple files at once. 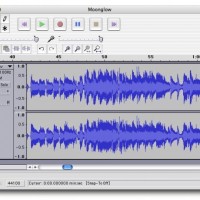 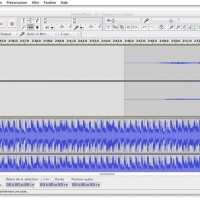 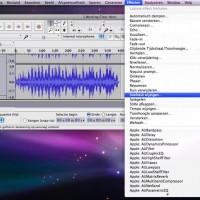 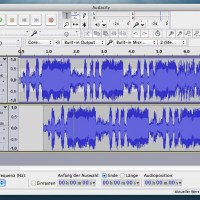