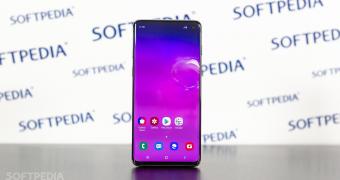 Ming-Chi Kuo, one of the most reliable Apple analysts, says Samsung’s Galaxy S10 is selling better than anticipated thanks to the new features that the South Korean manufacturer implemented, including the fingerprint sensor embedded into the screen.

In a note to investors, Kuo says he’s increasing shipping estimates for the Galaxy S10 by as much as 30 percent, so he expects Samsung to ship between 40 million and 45 million units.

One of the reasons the Galaxy S10 is so successful is the arsenal of features that the iPhone lacks, such as the fingerprint reader, the triple-camera system, and the reverse wireless charging system.

Furthermore, Kuo says the Galaxy S10 is selling particularly well in China, a market where Apple’s new-generation iPhone struggles, mostly due to the high prices.

However, Apple too is working on a series of upgrades for the iPhone, and a recent forecast released by the analyst indicated that the 20… (read more)