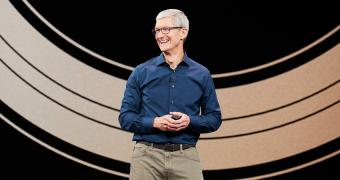 The upcoming iOS 14.5 will include several big new features, but one significant addition that has been making the headlines several times lately is called App Tracking Transparency.

With this new capability, Apple is making it harder for apps to track users across other apps and websites, as they’ll be provided with a notification to see permission before doing this.

Needless to say, the app tracking changes have caused plenty of criticism from companies like Facebook, which warned that some companies rely on the information they received for personalized ads.

Tim Cook, however, said in an interview with Kara Swisher that what App Tracking Transparency does is put users in control of their data, as they’re the ones to decide whether they want to be tracked across apps and websites or not.