This iPhone SE 3 Design Looks Cool, Not Going to Happen 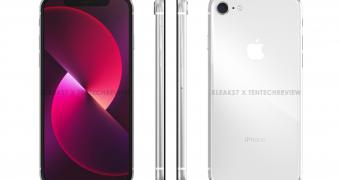 Apple is projected to take the wraps off the iPhone SE 3 at some point in the spring, most likely in March or April, and of course, many people expect massive upgrades on this new model.

This makes perfect sense given the iPhone SE will remain the only small iPhone in Apple’s lineup after the demise of the iPhone mini later this year. The Cupertino-based tech giant, however, has different plans, and only wants to focus on under-the-hood upgrades for now.

This is because Apple doesn’t want to give up on this form factor for now, so the iPhone SE will be all about the new chip, the upgraded camera, and the 5G support.