The iPhone 12 Launch Delay Is All But Confirmed Now 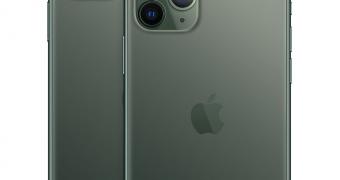 Apple typically launches its new iPhone generations in September, but the iPhone 12 might actually be pushed to October, with sales to kick off later the same month or in early November.

And while the Cupertino-based tech giant has remained tight-lipped on the whole thing, only dropping subtle hints that a delay is indeed possible, there’s more and more evidence that this is indeed the plan for the iPhone 12.

Broadcom, a key chip partner that makes a fortune every year by working with Apple, suggested that an increase in shipments is now expected to happen in the last quarter of the year, later than usual, according to a report by Reuters.

While the company hasn’t specifically named Apple or the iPhone, it’s pretty clear that Broadcom is referring to the Cupertino-based tech giant and the delay that the new iP… (read more)