Home » News » The Apple Watch Ultra Siren: Everything You Need to Know

The Apple Watch Ultra Siren: Everything You Need to Know 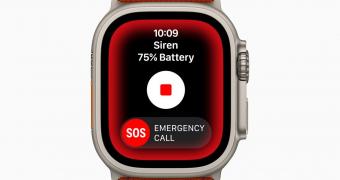 Apple Watch Ultra is Apple’s latest and greatest smartwatch, and unsurprisingly, it comes with unique capabilities (though I bet some of them would make their way to the standard Apple Watch when the next generation launches in 2023).

One of these new capabilities is a built-in siren, which is a great way to ask for help during emergencies.

In fact, this is precisely why it’s been created, though the siren can also be used to draw attention to a certain location whenever you believe you’re in danger.

Here’s everything you need to know about the Apple Watch Ultra built-in siren.

First and foremost, just how loud is it? According to Apple, the siren produces 86-decibel sounds, which is, well, loud. To help you understand how much 86 decibels actually means, just think that the sound press level (measured in dB) in a quiet room is approximately 30 dB. During a conversation, it increases to 50dB, while the busy traffic generates 90 dB. A jet engine generates sounds m… (read more)