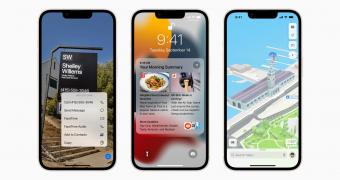 Apple has just rolled out iOS 15, but this isn’t the only news on the iOS front coming this week. The company has also stopped signing iOS 14.7.1, therefore making it impossible to downgrade to this version if you’ve already installed a newer release.

iOS 14.7.1 was launched in late July with an important fix for iPhones with Touch ID paired with an Apple Watch, but in the meantime, the Cupertino-based tech giant has also come up with iOS 14.8, an emergency update including a zero-day vulnerability fix.

This time, Apple published the update on September 13, only a week before the company was scheduled to officially release iOS 15 to the supported devices.

By no longer signing iOS 14.7.1, Apple makes it pretty much impossible for an iPhone running a newer version of the operating system to downgrade to this release.