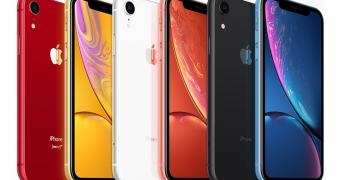 Android continues to be the number one mobile operating system in terms of new device sales in Europe, according to Kantar data for the three months ending March 2019.

Android accounted for 79.3% of all devices sold during the quarter, while iOS dropped to 20.1 percent in Europe. In the United States, however, Apple reached a share of 45.5%, particularly thanks to the iPhone XR.

In fact, Apple’s most affordable 2018 iPhone sold like hotcakes in nearly every market, and it became the best-selling smartphone in the United Kingdom.

“iPhone XR was a strong performer for Apple this quarter, outselling the combined iPhone XS and iPhone XS Max in Europe and claiming the title of the best-selling model in Great Britain,” Dominic Sunnebo, Global Director for Kantar, said.