Some iPhone XS and iPhone XS Max Pre-Orders Get Delayed 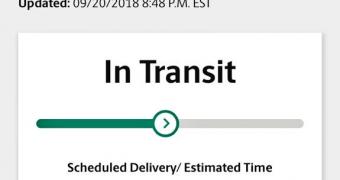 Apple is officially kicking off sales of the iPhone XS and iPhone XS Max, and also today, the company begins shipping the two devices to customers who pre-ordered it since last Friday.

However, it looks like some pre-orders are getting delayed for an unclear reason, with some of the customers who expected to get the new iPhones today receiving notifications that the package won’t arrive earlier than Monday.

In the United States, the problem has been reported with UPS packages, and according to reports, a growing number of customers is being affected, though the exact count isn’t known at this point.

Too many packages being sent

While both UPS and Apple have remained tight-lipped on what exactly is happening, a UPS statement released on Twitter indicates that the shipping delay is caused by the high volume of packages that are being sent in such as short time, and which… (read more)