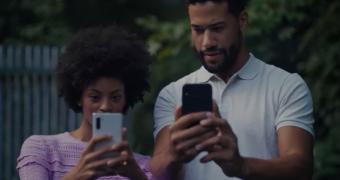 If you’re Samsung, what better moment to release a new ad for your top model other than the day when your biggest rival goes on sale?

Apple officially started taking pre-orders for the iPhone 11 earlier today, so Samsung has come up with a new ad that shows what you’re going to drool after if you buy the device.

Samsung’s new commercial, which is called “Focus on what matters with Live Focus on the Galaxy Note10,” more or less mocks Apple for not having a key feature that its device obviously has.

While I won’t dig in too much in the ad because I don’t want to provide any spoilers, the feature that Samsung is talking about is the live video Bokeh effect, which users can adjust while they are recording. Needless to say, this feature isn’t available on the iPhone 11, and truth be told, you shouldn’t expect the Cupertino-based company to add it anytime soon.