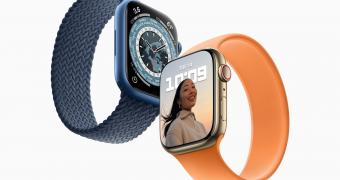 The new Apple Watch series that is projected to launch in September will also include a rugged version that could wear either the Pro or the Extreme nametag.

But while we’ve known for a while that such a model was in the works, new information that reached the web recently provides us with a closer look at what to expect from it.

The most important tidbit is without a doubt its increased ruggedness. Bloomberg’s Mark Gurman says the device is unlikely to use rubber for the case, and this makes perfect sense. Apple is aiming for a more premium material, so most likely, it’ll use something that helps maintain its top-notch quality and be more durable, such as ceramic or titanium.

Previous reports suggested a rubber casing could also be launched, though this is rather unlikely especially because it doesn’t seem to meet Apple’s premium requirements.

One thing is almost for sure. This model is unlikely to use aluminum for obvious reasons.

The device will come with a l… (read more)