One iPhone 12 to Come with a Smaller Notch 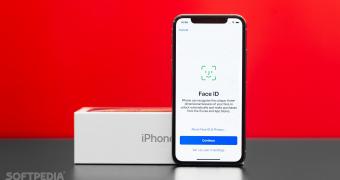 Apple will hold its typical September event in just a few hours, but the iPhone 12 isn’t ready for launch just yet, so the Apple Watch Series 6 will be the big star of the show.

Those who hoped to see the iPhone 12 on September 15 will have to wait a little bit more until October, albeit there’s a chance that the actual sales would start even later.

Apple will launch a lineup of four different iPhone models this year, and according to Ming-Chi Kuo of TF Securities, one of them will come with a smaller notch.

It’s the 5.4-inch iPhone 12, which is now the smallest device in the entire series. Oddly enough, Apple isn’t making the notch smaller on the rest of the iPhones launching this year, and this makes some wonder how come only the 5.4-inch version is getting this highly-anticipated change.

On the other hand, all iPhones launching this year will come with 5G support.