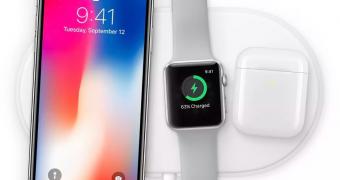 Apple first announced its AirPower wireless charging mat in September 2017, when it promised the company would ship the device next year.

At that point, the AirPower just seemed to be a product that made total sense for Apple, as it allowed charging its flagship products, namely the iPhone, the Apple Watch, and the AirPods, all at the same time.

So for someone that was truly committed to the Apple ecosystem, getting an AirPower was something that turned charging all these devices into a much more convenient process.

But Apple decided to hold back on the release of the AirPower, so in March 2019, it officially canceled the product for good, which essentially means we’re not supposed to get a wireless charging mat from Apple anymore. While there are plenty of alternatives out there, Apple just was no longer interested in building one.

Rumor had it the company experienced issues with heat management and interference, something that Apple’s big honchos believed was t… (read more)