New Leak Suggests the iPhone 13 Notch Could Be Smaller 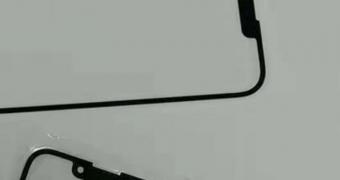 Apple is projected to take the wraps off the new-generation iPhone in September this year, and unsurprisingly, the company has remained completely tight-lipped on all the changes planned for this device.

But on the other hand, early information on the upcoming iPhone 13 makes the headlines via unofficial channels, and today a photo published by DuanRui on Twitter provides us with a glimpse at the new notch of the new phone.

The biggest change this time concerns the overall size of the notch, as the iPhone 13 could reduce its dimensions, finally making it a little bit less intrusive.

The assumption is based on screen protectors for the iPhone 13 and iPhone 13 mini, though it goes without saying that everything could change by the time the final design is chosen.

The notch was officially introduced in 2017 on the iPhone X, and since then, it was used on every single modern iPhone released by Apple. The overall dimensions on the notch, however, haven’t changed throu… (read more)