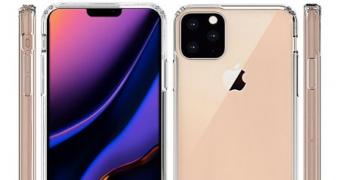 The closer we get to September when Apple is expected to take the wraps off new iPhones, the more rumors make the rounds, and the latest tidbit of information could be bad news for a number of iFans.

Olixar cases published on MobileFun seem to indicate that Apple won’t give up on the Lightning port on the next-generation iPhone despite the previous reports indicating that this would otherwise be the case.

Early 2019 speculation claimed the 2019 iPhone lineup would be the first one to make the move from Lightning to USB-C, and other rumors that made the rounds since then corroborated the same idea, confirming that the switch is indeed happening.

But on the other hand, these new case renders from Olixar show that a Lightning port is still there on the next iPhones, so Apple’s proprietary connector could survive at least for one more ye… (read more)