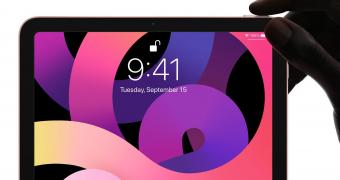 Apple is projected to hold its typical spring event next month, and this time, the company is likely to unveil several upgrades for the iPad lineup.

While some people expected a new iPhone SE, analyst Ming-Chi Kuo previously said this device wouldn’t be announced until the spring of 2022, so this year’s spring event would be entirely focused on the iPad.

And now Kuo is back with more information, explaining that the iPad Air with an OLED panel is scheduled to be announced in 2022.

At the same time, the iPad Pro with miniLED is projected to get a refresh as soon as this year, and the upcoming event could witness an announcement in this regard.

“The market is worried that if the iPad starts to use OLED in 2022, Apple will abandon the mini LED. However, according to our latest industry survey, if the ‌iPad‌ adopts an OLED display in 2022, it will be the mid-/low-end ‌iPad Air‌, while the high-end ‌iPad Pro‌ will still use a mini LED display. The adoption of OLED in … (read more)