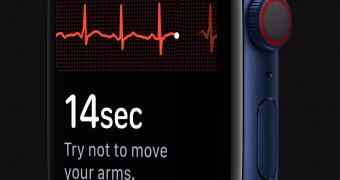 Apple has only recently launched the Apple Watch Series 6, but it looks like the Cupertino-based tech giant is already working on a major upgrade planned for 2021.

More specifically, top Apple analyst Ming-Chi Kuo says a new form factor for the Apple Watch is set to go live in the second half of the next year. Judging from the past announcements, the new smartwatch could see the daylight in September or October.

Unfortunately, no other specifics have been shared, but this device is expected to be quite a big upgrade.

And speaking of strong sales, the iPhone 12 Pro and iPhone 12 Pro Max are apparently leading in terms of shipments, despite obviously being the more expensive models in the new iPhone 12 lineup. Both the standard iPhone 12 … (read more)