Mysterious iPhone Could Be Powered by a Mysterious Chip 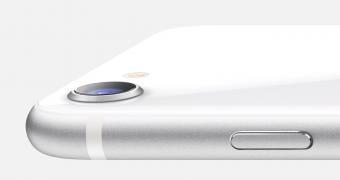 Apple is expected to take the wraps off the next-generation iPhone in October, but at the same time, the Cupertino-based tech giant is also planning in advance and is already working on new products that could go live in 2021.

One of them is likely an iPhone SE successor, and by the looks of things, the company has already finalized the work on the chip that’s supposed to power this device.

Apple leaker Mauri QHD revealed a few days ago that Apple has developed a mid-range processor, something that’s totally new for the company, all because a new iPhone, possibly a replacement for the SE, would go live in the coming months.

“They have a midrange chip ready,” the leaker says, explaining that right now, it’s still not clear if this processor is based on the Apple A14 or the company just started working on it from scratch.

We still don’t know what iPhone should g… (read more)