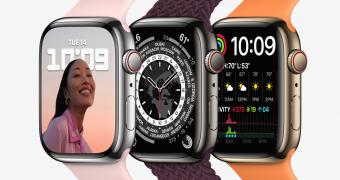 2022 is expected to be a pretty big year for the Apple Watch for several reasons, and one of them concerns the software update the device is about to receive.

Bloomberg’s Mark Gurman says in the latest Power On newsletter that the Apple Watch is projected to get a massive software update that will include improvements for activity and health tracking.

And while no specifics have been provided, it looks like the smartwatch is on the table for lots of good news on several fronts.

While it makes sense for watchOS 9 to come with new activity improvements, Apple also wants to come up with new Apple Watch models, including a more rugged model that could feature a bigger battery.

At the same time, it’s believed the company is also working on a redesign that was originally scheduled to go live in September 2021.