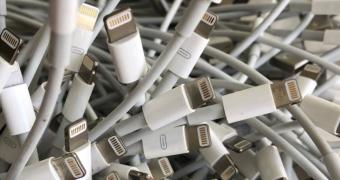 Apple is getting ready to kill off the Lightning connector, but a leak this weekend provides us with a closer look at an early version that never made it to production.

Posted by AppleDemoYT on Twitter, the photos show that the Lightning connector wasn’t supposed to be reversible, as the prototype came with an indicator to let users know how they should plug it into their iPhones.

Needless to say, it’s pretty clear the company has managed to improve the design because a non-reversible design would have made it a nightmare to use a Lightning cable.

Without a doubt, the Lightning cable has caused quite a lot of controversy since its debut on the iPhone 5.

Not only that users were frustrated to have a different cable than for their Android devices, but some authorities, including the European Union, have requested Apple on several occasions to switch to … (read more)