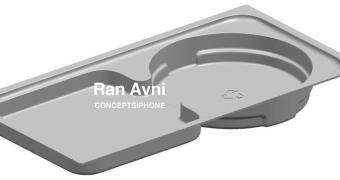 Apple’s upcoming iPhone 12 will obviously come with a series of major improvements, including 5G support across the entire lineup.

But at the same time, it’s also expected to introduce a rather controversial change: a charger would no longer come in the box, pretty much forcing buyers to spend extra for it.

Up to this point, however, all these details are based on unconfirmed rumors, as Apple itself has obviously tried to remain tight-lipped on everything related to the iPhone 12.

But a leaked iPhone 12 box coming via Concepts iPhone could set this straight in this regard, as it confirms that there’s no room for a charger because of a slimmer design.

In other words, the iPhone 12 box will be smaller than it was before, and this happens because there’s no need for extra room since a charger won’t be offered anyway.

As for Apple’s questionable choice of not… (read more)