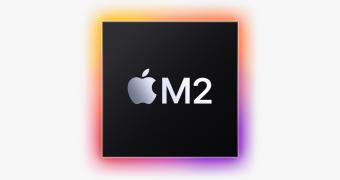 Apple launched the M2 chip with much fanfare earlier this month, and according to leaked Geekbench data, the company had every reason to brag about its new processor.

More specifically, it looks like the M2 is insanely fast as compared to the M1, and some of the Geekbench numbers are right on par with Apple’s claims.

More specifically, the leaked benchmarks suggest the M2 is clocked at 3.49GHz, whereas the speed of the M1 was 3.2Ghz. The single-core performance reveals an increase of over 11.5 percent, while the multi-core numbers indicate a boost of no more, no less than 19.45 percent.

Earlier this month when it announced the M2 chip, Apple claimed the new model was approximately 18 percent faster than its predecessor.

In other words, Apple’s numbers match the ones on Geekbench, so the company was clearly right about the performance gain of the new proc… (read more)