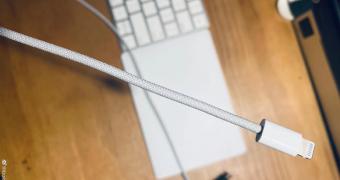 The closer we get to the expected fall launch of the iPhone 12, the more information about the new device makes the headlines, and this time it’s the official Apple cable that’s getting some love.

Previous rumors have indicated that Apple could replace the traditional cable that ships in the box of the iPhone with a braided version that would basically be more durable.

It’s not a secret that Apple’s thin Lightning cables end up fraying, and according to people familiar with the matter, the company wants to fix this once and for all by replacing the cords that come with the new-generation iPhone with a more durable version.