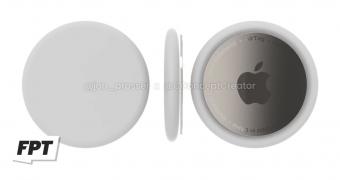 Trackers have been around for a while, and at the same time, Apple has been trying to build a similar device for quite some time.

And now it looks like the time has come for Apple to launch the so-called AirTags, as the company reportedly plans to unveil the device at its hardware event later today.

AirTags is essentially a tracker that will use ultra-wideband technology to connect to your phone and provide you with its real-time location. Needless to say, the whole purpose is to just attach the tracker to any device that you want to track, such as keys, wallets, luggage, and things like that.

While the price isn’t yet known, don’t expect it to come cheap, and I think Apple could sell it for at least $99.

But according to Apple leaker Jon Prosser, the Cupertino-based tech giant is preparing an approach that could take many by surprise. Because every dollar is welcome, Apple will sell the AirTags without a keychain, so es… (read more)