Leak Confirms the iPhone 13 Might Come with a Smaller Notch 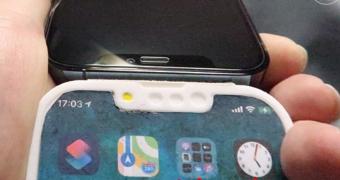 Apple planning to make the iPhone notch smaller is something that we keep hearing pretty much every time the company is getting ready to release a new-generation model.

And now that the iPhone 13 is coming, the same rumor is making the headlines too, though this time, we also have some photos to confirm the whole thing.

A video published by Makotakara shows an alleged iPhone 13 Pro dummy most likely built using the schematics obtained from the supply chain.

But of course, it’s by no means the final version of the iPhone, so anything can change by the time Apple decides every little detail about its new smartphone.

In other words, the new notch could be a li… (read more)