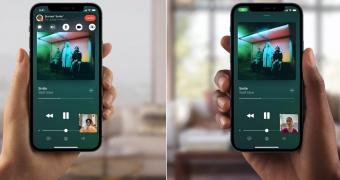 The work on iOS 15 advances at a pretty fast pace, and after providing us with a preview at WWDC, Apple has now shipped a new testing build to developers, enabling more highly anticipated functionality.

This time, the feature that developers can try out is SharePlay, which is now live in FaceTime, essentially allowing two users to connect and then share their screens with each other.

Needless to say, this feature requires the two users to be running the latest beta build of iOS 15, so the same requirement will also be in place when the new OS version will go live in the fall.

In the long term, SharePlay can work in the Apple TV and Apple Music apps, therefore allowing Apple users to watch certain content at the same time on their devices.

“Users can now share experiences with SharePlay while connecting with friends on FaceTime, including listening to songs together with Apple Music, watching a TV show or movie from App… (read more)