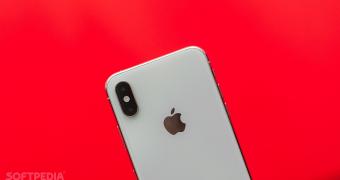 Apple is planning to introduce a new warning that would be displayed on iPhones where the camera has already been replaced with a non-genuine component.

In other words, if your iPhone has suffered a camera hardware problem that required servicing and instead of a genuine module the device received an aftermarket unit, you should now see a notification on the device whenever iOS boots.

According to a report from MacRumors, the new feature has been introduced in iOS 14.4 beta, so there’s a chance it would go live with this OS release when it’s ready. For the time being, however, the company hasn’t provided any information on this warning, though at some level it does make sense, especially because similar notifications are displayed when a non-genuine display is installed.

The new warning shows up on the lock screen as a notification, as wel… (read more)