iPhone SE 3 Could Be Based on the iPhone XR Design 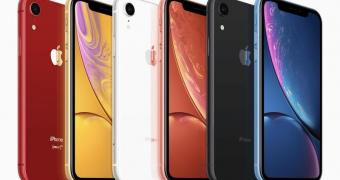 Apple is believed to be working on a new iPhone SE, with the debut of the device to take place as soon as the spring of the next year.

And while earlier reports on this model indicated the device could be based once again on the iPhone 8 and therefore look similar to the current iPhone SE, a new report from China now suggests the Cupertino-based tech giant is actually planning a much more ambitious upgrade.

More specifically, iPhone SE 3 could end up looking just like the iPhone XR, as the device would be based on this model and therefore come with Face ID too.

This isn’t the first team this idea makes the headlines, and at some level, it makes total sense.

The iPhone XR, which itself was more affordable than the other iPhone models launched alongside it, proved to be quite popular, and now that Apple is moving to new-generation devices, the device could stick around for a little longer as the new SE.