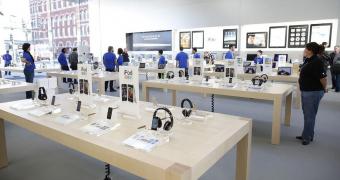 New data provided by BankMyCell shows that a growing number of Apple customers make the switch to Android when purchasing a new phone.

The study, which analyzed the choice of some 38,000 customers who traded in their old phones for a new phone, shows that the Apple loyalty collapsed over the record level that it reached in 2017.

Specifically, BankMyCell says (via CNET) that Apple brand loyalty dropped from 92 percent to 73 percent this year. This is the lowest score the Cupertino-based tech giant ever had since 2011, the data shows.

The Apple retention rate dropped no less than 15.2 percent versus March 2018, and more than 1 in 5 (26 percent) iPhone X customers who traded-in their phones switched to Android. On the other hand, 92.3 percent of the people who stepped in a mobile phone store with an Android phone stayed with Android.

In the Samsung world, only 7.7 percent of the users m… (read more)