iPhone 13 Won’t Include a 1TB Version 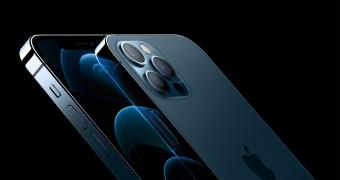 Everybody knows Apple is working around the clock on getting the iPhone 13 ready for the launch, as the company wants the new series of land according to its typical release calendar in September, and the closer we get to the fall, the more information on the models make the headlines.

This time, a report from TrendForce provides us with additional details regarding the storage options coming to the iPhone 13 lineup, and this is particularly important because the previous speculation indicated Apple was considering adding a 1TB version.

But as it turns out, there’s no 1TB iPhone coming this year, as TrendForce says the Cupertino-based tech giant would stick with the same storage options as on the iPhone 12.

“The iPhone 12s series will feature the A15 processors manufactured at TSMC’s 5nm+ node. Regarding the display, the new models will be equipped with flexible AMOLED panels with On-cel… (read more)