iPhone 13 Selling Like Hotcakes as Demand Remains at Record Levels 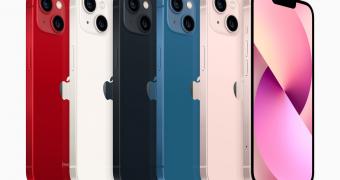 The iPhone 13 remains in a very hot demand pretty much everywhere across the world, as Apple can’t build enough units to deal with the long waiting times in some markets.

In other words, the iPhone 13 is a hit, and according to an analyst note from Wedbush, the device performed really well during the holiday season.

While no figures are available at this point, pretty much because Apple doesn’t disclose such data, the iPhone 13 is spearheading what analyst Daniel Ives describes as the “strongest product cycle in over a decade.”

“While the supply chain shortages has dominated the Street conversation around Apple in the holiday quarter, we instead are focused on the robust consumer demand story shaping up for iPhone 13 into 2022. Based on our supply chain checks over the last few weeks, we believe demand is outstripping supply for Apple by roughly 12 million units in the December quarter which … (read more)